The "large panther" at the school Paul Barilliet 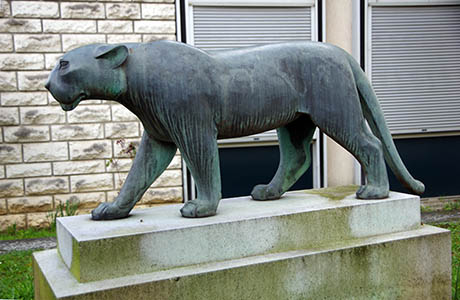 Photo (4/15/2016) of the “Large Panther tail punt and trailing” located at the school Paul Barilliet at Bry-sur-Marne (94350 France).
Made enlarging with Nogent between 1965 and 1966. Ordering of the town of Bry-sur-Marne whose Etienne Audfray was the mayor, realized after the death of Petersen and placed in the gardens of the Barilliet school. Bronze of 1969 single cast iron Godard.